Yesterday as I was taking my son to school, I passed another mother who was riding her bike with a cart with a little flag on it behind her carrying her little ones. Ahead of her were two older children on bikes with helmets and backpacks. It was a parade of little people and bikes. They ride like this every morning when it's nice out. They live on the cul-de-sac across the street from us, but we've never met. I was suddenly flooded with memories of my little people and my sister's kids as they grew up together. Then remembered being little myself. All the little treasured memories that we have of growing up, your first puppy, first bike, first bus ride to school.
The creepy little guy with the hat and mustache on my bulletin board is Smedly. My grandma used to put pieces of candy in a little tin toy refrigerator with Smedly sitting beside it when we would come to visit. She would say "I wonder what Smedly's got?" the minute we would walk in the door. Jen and I would scamper down the hall to the playroom to see what was in the little fridge. 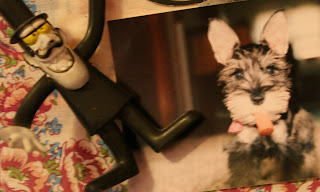 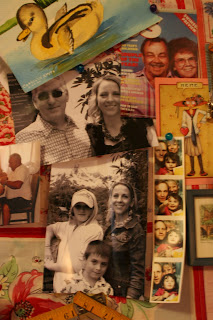 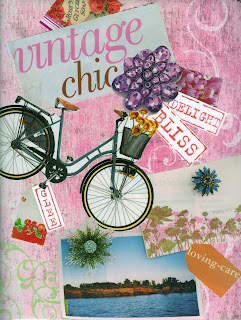 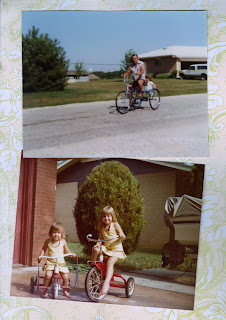 In all of those memories, my sister is right there with me. My parents or grandparents always watching, participating, encouraging, teaching.
As I was returning from dropping of my son, I pulled along side the young mom on her bike and drove beside her slowly, explaining I lived just down the street. I could see the two little faces in the cart smiling up at me, they looked so much like my sister and I.. I was shocked. As I pulled in my drive, they stopped riding so we could introduce ourselves without blocking the street. Tucked just between the two little girls was an infant. Three in a row back there! I was so impressed this woman had the energy to get all these little people up, ready, on bikes, strapped in and still had the patience to pedal down the street to watch over the older kids on their way to school. She was, momentarily, my hero. Never did I have that much motivation or was I organized enough to pull of something so difficult at 8:30 in the morning. I got to talk to the little girls and they were so sweet! Just like my sister and I, little peas in a pod. I remembered what a huge part of our growing up was spent outdoors on bikes, trikes, anything with wheels out in our driveway. Being little is so important, I am grateful I had so many wonderful experiences I can still savor. I didn't know then how hard it was to do for us the many things that my parents and grandparents made sure to give us. I doubt this mom thinks much past the immediate right now, but when her kids are grown, what a nice gift to have been given.
Posted by decoratorgirl 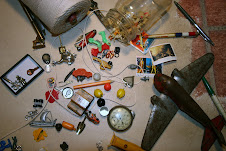 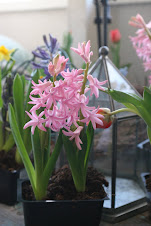 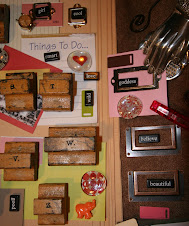 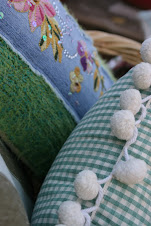 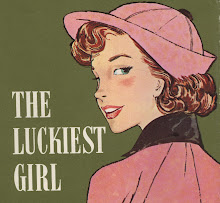 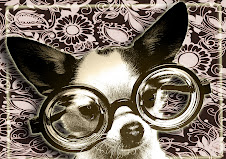